The “better” #closedweb (ISP intranets) was “surprisingly” destroyed by the “inferer” #openweb which then exploded in use to spread everywhere.

The #mainstreaming thinking then tried and failed to recapture this #4opens project for ten years as it takes up global space, and was a real challenge change, that the “common sense” said should not exist.

This working alternative was finally sold out by our own #fahernistas, who bribed with money and statues members of the “unthinking” #geekproblem to build the #dotcons that rapidly took over the #openweb space.

Our wider activist #fashernistas created “liberal stories” about how embracing the #dotcons was a good path. The wider #fahernistas flocked to these #closedweb spaces to grasp at the real early power they provided, after society had finished this shift, the bate and switch took this power away, and we were left with “servalence capitalism” and no social power, as was obvuse at the time it was a con.

Our #fahernistats then pissed tech change/challenge agenst the wall for ten years. While the #openweb user facing technology withered, ignored and irrelevant to #mainstreaming

A few years ago we had an “accidental” #openweb reboot with #activitypub and soon after pushing of the next generation of #closedweb projects with #web03 leaving us in the current messy times.

Where are we now and what can we learn from this?

Liberalism in tech are often active prats, co-opting, bait and switch and taking the easy #NGO funded path when the choice comes.
They are #friendlyenemies, even when they deny this with all their “common sense”
Ideas to mediate this, please?

Do you except that “new” is often #deathcult (neo-liberalism) and #postmodernism because this is “common sense” what is your plan/idea to get around these problems?

I have had 20 years of “new” and am very underwhelmed, actually it’s almost all #blocking or adding to the #techshit to be composed. This is obviously a problem that needs to be mediated, what is your plan/process to have a better outcome?

Remember that the only thing that has worked in the last 10 years has been copying #dotcons with #activertypub every themselves has failed, what can we learn from this?

This is an important question that the #OMN project mediates.

Basically we need this on a nicely designed page with a bit of polish on the text https://unite.openworlds.info/Open-Media-Network/4opens/wiki

Then link back to the wiki for full humane use space.

This is needed as a “common sense” existing path out of pointless #techchurn to give our lost #fahernistas something real to work for/to/on.

The #4opens is simply the foundation of open-source development “socialized” for change/challenge.

We need this to escape the #techshit

Q. I think we need a 5th open: #openAccess. If you have the #4opens, but the project is jailed in the #walledGarden of #gitlab.com (which blocks some people from participation), the 4 opens are hindered by reduced/suppressed participation. E.g. some people cannot (or will not) file bug reports. So, can we get #5opens?

A. The #4opens is only designed to deal with 95% of the #techshit the rest is open to our creativity. Am interested in a #4opens review of GitHub

What we are likely to find is that GitHub is still inside the world of open source development, this is both good and bad, good in the sense of Microsoft moving away from its closed source roots, bad in the sense that they are doing it in the attempt to co-opt and extinguish.

The #4opens are not a way of keeping them out, but they are a way of mediating and stopping the extinguish bit when used as a tool to aggressively block that move.

A. aha just noticed this was gitlab not GitHub, don’t know much about that, so a #4opens review would be good.

It would help to think about society rather than individuals – for diversity as a healthy path. As long as they have opendata and open “Industrial” standards, you can move your work in and out… Openprocess makes easier as the documentation can be created to help people do this.

The open licence keeps you in control of your work, while promoting social use

Am interested in how #openacess adds over the other #4opens as I think you end up with “open access” from the outcome of the first 4 can we think about this?

Was thinking about this when reading other tweets and the #4opens gives you open access already, so we don’t need a 5th open #KISS

Good to have a chance to think these things though, thanks for the question. 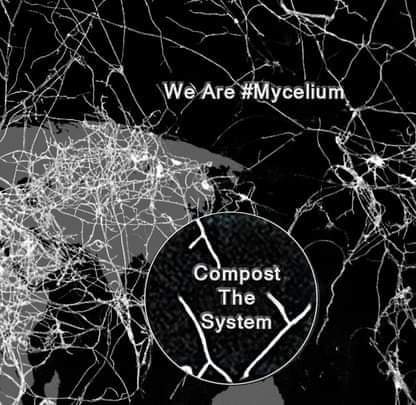