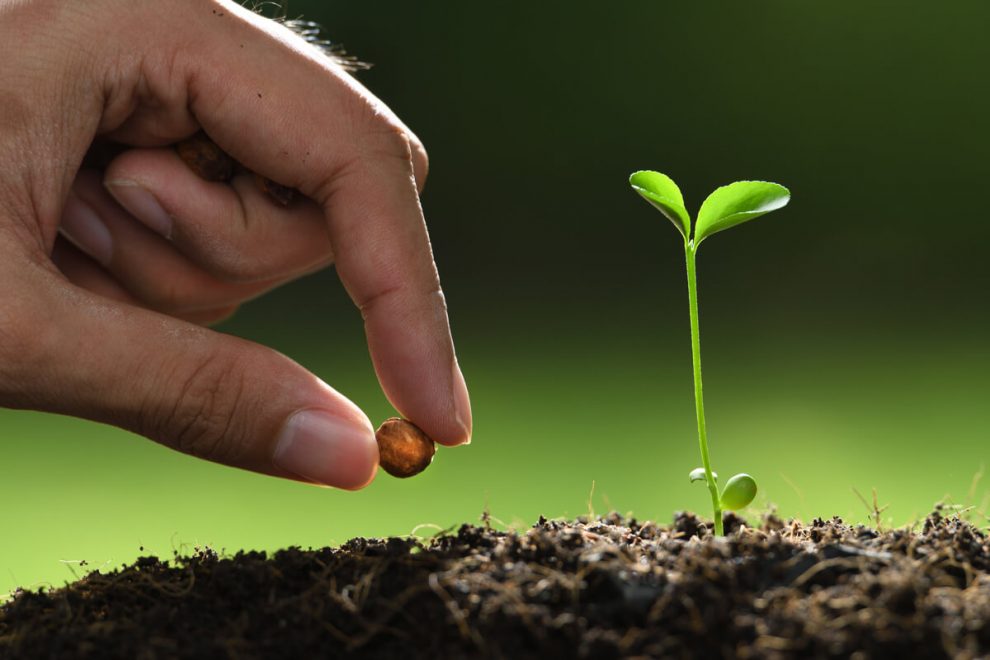 Think of the fedivers as a flowerbed in a big (#openweb) garden surrounded by concreate. We are interested in the garden and bracking up the concreat (#dotcons) to make room for more flower beds and wild forest. 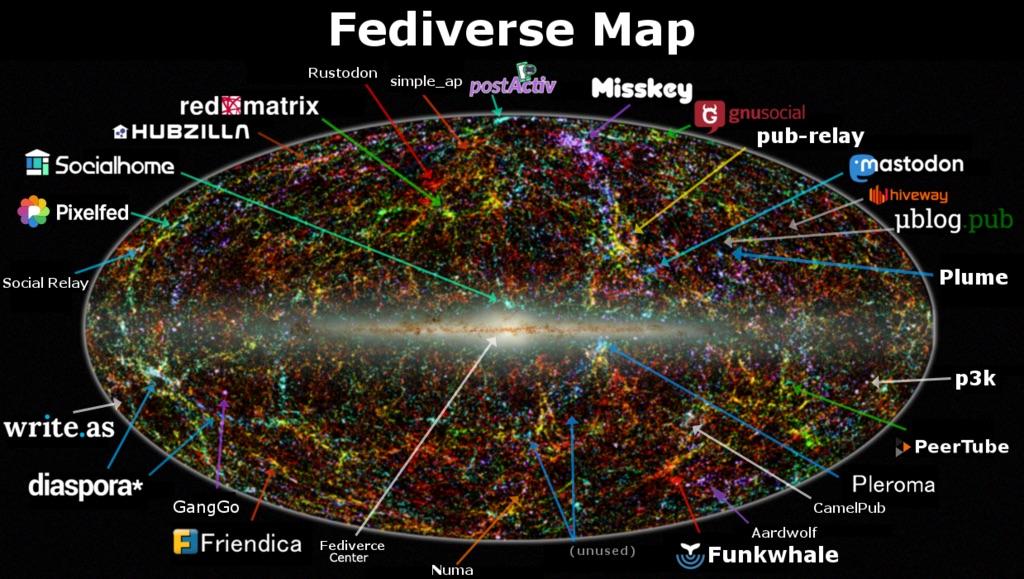 #Activertypub is a part of the flow, as is #RSS and maybe #Odata etc. The apps are the pipes. The human community produces and medates the flow, in a metaphorical sense is the flow.

The fedivers is lovely healthy’ish flower bed, a small part of the #openweb garden that we are caring/nourishing in our work. When we are down and dirty working in tech it is important to remember this. In the end the garden is human community’s living as part of a wider natural ecosystem. 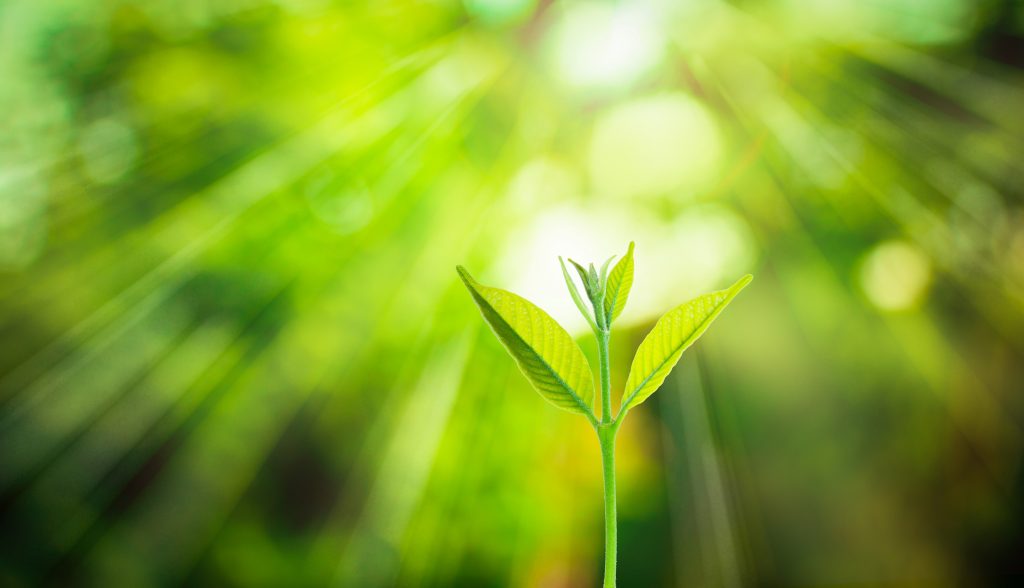 The current prioraty is to get the flow working in a small and sustainable way – thus the hyperlocal test rollout and #epicyon.

This is why i use “mess” “shit” “compost” and “spades” as communication metaphors. The stinking mess we are in is a fertile time for change. For the last 10 years the #encryptionists agenders and the #dotcons have been a sterile time, in this shit is a good thing, to live in stinking times 🙂 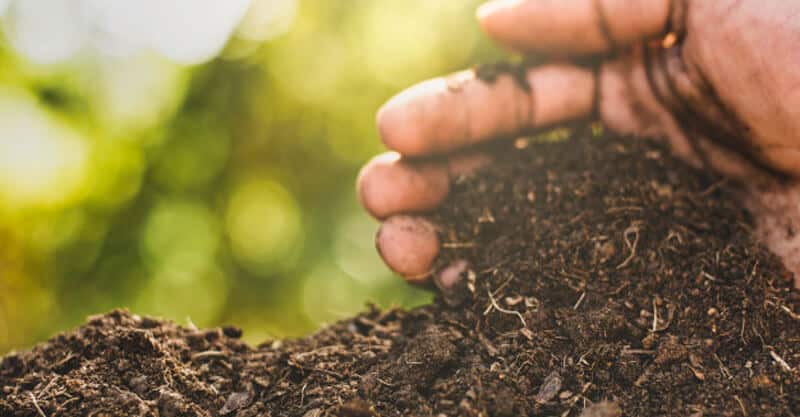 We have to keep focus on nurturing the seedlings with nutrition rich flows otherwise they wither and die. “Prioraty is to get the flow working in a small and sustainable way – thus the hyperlocal test rollout and epicyon.”

Looking at wordpress (WP) as a option, would like to try this out on my blog (http://hamishcampbell.com) thus the desire to get it working better. We have already mastodon and peertube. With out a bigger crew we should concentrate on creating a flow with epicyon as this is work anufe. If we can join WP to this flow a bonus.

Rember we are ONLY planting the seeds in the cracks and nurturing them. The roots of the plants (community) bracks the concreat. If we spend time trying to brake the concreat we will soon be exorsted and achieve little. 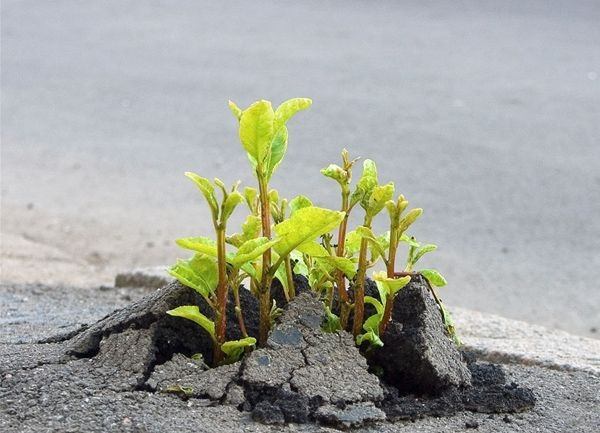 So our mission is to find cracks and plant seeds. Of courses gathering the seeds (crews/code) is a first step – thus outreach and the messiness this brings – we do live in stinky times.

Then think of #searx (http://openworlds.info) as the map to the garden and as a way for people to find out of the concreat paths to the fresh #openweb grass fealds. It can all grow up slowly if we keep a nourishing flow going. If we forget, it drys up and dies as it has done meany times in the last 20 years. 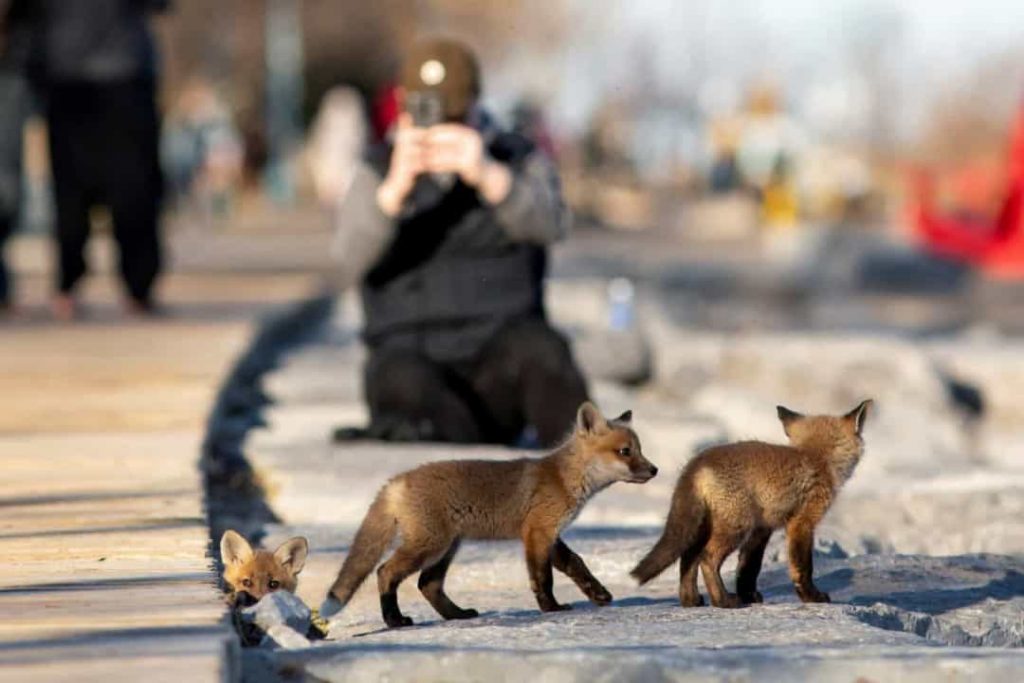 A. A large part of society who do what’s fashionable. Not what’s right/wrong/best. In the era of the #deathcult of neo-liberalism this has always been the wrong path to take. Its a simple idea. 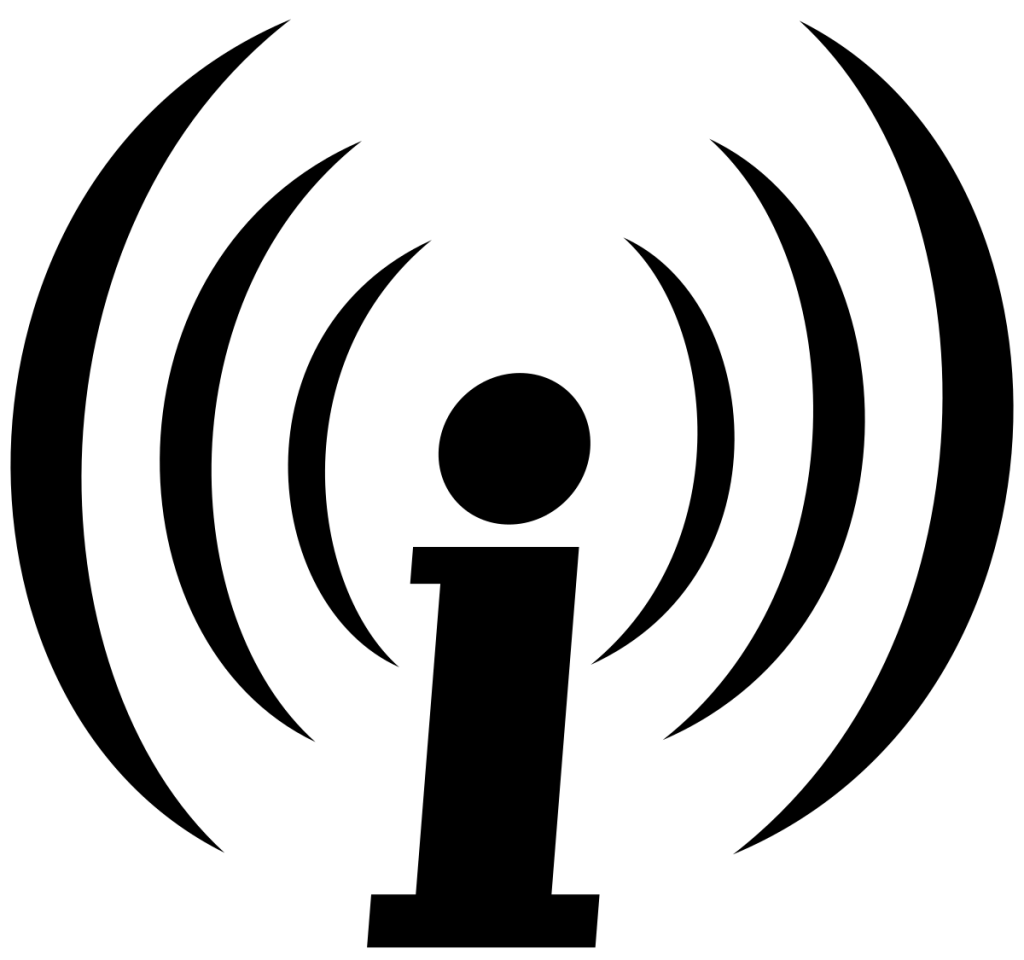 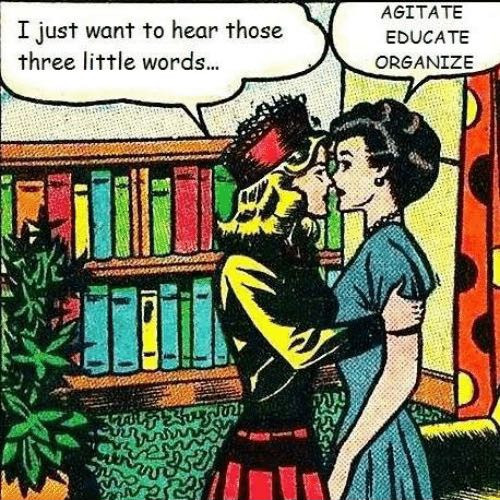 The #dotcons digital drug addicts are going to need detoxing to be able to give up the #failbook habits. So try not to bite them when they shit all over DIY #openweb projects. Spades we need spades, shit makes good compost 😉

Who has a spade?

Q. So are you gonna say what you’ve done? I don’t think posting on fb has any affect on the dotcons? The opposite in fact

A. Yep it dose, am doing a stepaway project, a group of us run 5 #openweb servers with a search engine, social network, video hosting, and tools development site/openweb organizing.  You can find links if you look back on me #failbook feed or search the web for OMN might find them.

A. Agen if you look back you will find a very long list of posts inside and outside the #dotcons with information, motivation about the #openweb projects as well as the current mess we face here .

A. If people use the #hashtags as seeds for communitys we could have the start of real radical revolt. If they don’t, more likely, we will have some liberal wank, no meaningful action and the death of billions of people due to this crap behavior and current mess as made clear by the #XR crew. Its a simple message and strategy.

“comedy” and “sarcasm” have both been a relevent reaction to the control of the #dotcons of our personal communication and communertys. This acturly is a unhealthy reaction as it feeds clicks to the very thing it ridicules. Data is just data. The solution is not to engage but rather to “stepaway” and take your communerty with you to the #openweb

The project i like to point to as an example. The indymedia project an early alt-media network that spread the use of open source software and #4opens organizing around the world at the turn of the century. In the UK the was a #geekproblem vs #openweb fight that became nasty over what we would now understand as “activertypub” the fedivers vs more centralized silo approach. In the UK you can see this stress point fought as a proxy war over #RSS​

The #openweb aggregation side were sold a dud by the #fashernistas being swayed by the #geekproblem It was obvious that the project had to change and move away from central servers to a more aggregation model. BUT the movement was torpedoed by an obviously pointless opensource project instead of implementing a existing standerds based RSS they created there BETTER, BRIGHTER flavor which was of coures incomparable with everyone else.

This is an example of a “better” but obviously pointless open source project and also destructive behaver. The #indymedia project in the UK was ripped apart internally from this same devide in the end. A bad “open source” outcome. You can find similar behaver today in the fedvers if you look.

Its a intresting thing to look at. Actually you can see 3 active sides in the internal uk #indymedia mess and important to see the outcome that they ALL LOST in the end.

3) #openweb being sidelined by the rest

1) The first resisted and blocked aggregation and #RSS from privacy and “securaty” issues.

2) The second is a obviously failed compromise by keeping control of “there” own better, non comparable RSS format.

3) The last, the one the whole project was based on were ignored and sidelined.

With out a wider “ideological” world view you have no place to stepaway from your past mistakes. Everyone needs to look at the world from differing perspectives. The current neo-liberal dogma in all its different fashionable clothes is just that a failed dogma that we clearly need to stepaway from.

The world can be different, I have lived most of my life in a different world to the one that is swallowing everything around me.

I use the word “blinded” to describe meany of the people I meet in tech and grassroots movements. They are blinded for differing surface reasons, on the hippy side it is conspiracy dressed as empty spiritualism. On the liberal progressive side it is internalized neo-liberalism feeding fear, cowardice and greed. Best not to mention the process geeks…

The are paths to stepaway from this mess #openweb #4opens is one that would be empowering for both non geeks and the more technically minded.

All economic syteams are based an unspoken idea of what it is to be human. To be clear if you do not have an understanding of this you have little understanding of anything that matters in the era of #XR

Lets look back to early cristanerty to highlight this idea.

* The old testament is based on a negative view of humanity, greed, selfishness and gluttony are the motivations that god is controlling by forcing us to bow down to his authority.

* The new testament is based on love and common humain society.

As you can see the divide between these different ideology’s goes back a long way and likely to the dawn of human history.

These simple groupings live within supposedly sister ideology’s think for example of the horizontal’ists and the vertical’ists in progressive movements represent the different views.

When we start to understand this you can use this clear difference to make judgments on what has value and what is destructive in our current society.

The only question that matters is the balance between trust and fear is a useful way of looking at this.