Q. A bridge for #matrix to #XMPP this is the most important “political” bridge they could build and support so not to look like a #meto #NGO project. Look at what groups do, not what they say.

A. The moment that both communities manage to provide a seamless, first-class, stable integration of #Matrix and #XMPP without finger-pointing each other for the responsibility to do that, the very moment it doesn’t matter anymore which of these networks you initially signed up to, we could see a huge leap forward for open decentralized messaging.

Q. Think the needs to be a carrot and stick aproch to making this happen. Both supporting the coding and hitting them with the shaming stick. #Matrix as a #meto project likely has to make the move.

A. What if for a moment we gave up on blaming each other and started accepting that #matrix started rather late, tried to learn from experiences and tried to fix some things #xmpp folks weren’t able to address for roughly two decades, for whichever reasons? I see stubbornness on both sides as a main cause for this messy situation. 😑

Q. Its completely understable why we are in this #openweb chat mess. 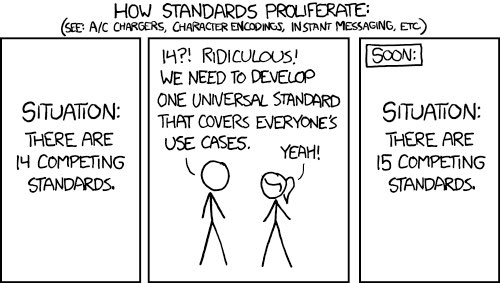 A. Exactly. The only way to resolve this probably is not to let technical people come up with final product decisions. This overemphasizes the importance of technology and downplays the need to solve actual problems. We end up designing better mousetraps while never even trying to actually catch mice.

Q.  The #matrix project being a #NGO has reason not to build the bridge, but more power to build it if they are pushed to do so. The #xmpp folks being a disorganization have less power to build the bridge but more reason to do so. Neither wont to do it and feed off the current mess in different unhealthy ways. Thus, both are actually feeding off the dying #openweb looked at it this way the need for change becomes more obvuse and active carrot and stick work important.