The issue on LondonBoaters #failbook sparked this post off.

The root of the problem comes from the institutions that have duty of care in each case. #CRT and #leavalley are not providing bins for the increasing numbers and diversity of boaters to dispose of their waste.

A new generation of people are moving onto “smart” boats as a first step to buying a flat on land, this is leading to much bigger boats that are badly fitted out for CC life due to excess energy usage in terms of electricity and soiled fuel stoves.

A underclass of boaters is moving onto scruffy boats as a “last step” to the London housing crises, this is leading to an increase anti-social behaver due to alcohol and drug use as coping mechanisms for social exclusion.

Both of these groups are externalizing the ecological/social footprint onto the towpath and surrounding land near the canal. This is coursing a building ecological and social impact that need mediating from all sides. This mediation in the end needs to build the resources, traditions and social cohesion for a better outcome.

Instead, we have all of these groups externalizing their bad behaver by scapegoating the others. We have blocking of mediation that can only escalate the problem. The ending is strongly pushing the privatization of the spaces and the removing of the majority of the boaters, taking commons and making them “pay” is the strong world view pushed as a “solution” to the failing of the organization’s duty of “care” to provide proper waste disposal in the first place.

Working on this problem in the LondonBoaters #failbook group 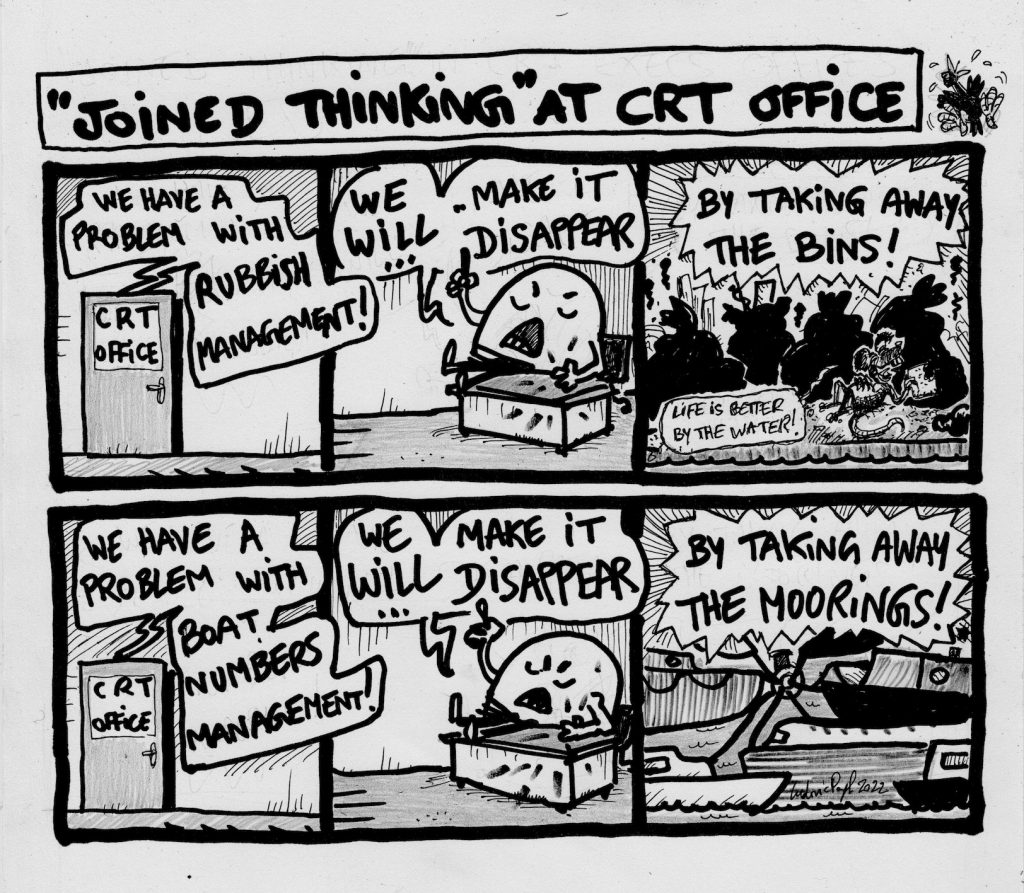