Think this is too strong a stick to wave around now, but it might be needed down the line. 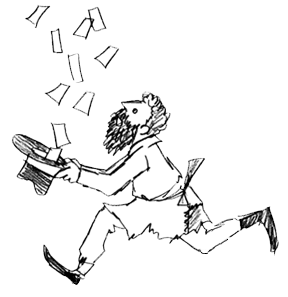 Let’s look at ideas for rooting out/mediating the corruption in the #EU
Some examples from a resent #EU #NGI meeting https://www.ngi.eu/event/next-generation-internet-ngi-next-steps/?instance_id=573 you can document the same behaver at most meetings.

Example, a horizontal public BBB video online meeting where the organizers are the only one who have access to the share notepad space. Note in BBB this is open by default, so a moderator closed it on the assumption that this was the right thing to do.

The result, all the public input is lost in the transitory chat. The only record of the meeting is invisible to the pratisepents by design.

Let’s look at a second example from the same meeting but a break out session, the chare (who is likely lovely in person) took notes that were ONLY her agenda, ignoring the meeting input. Yes, I was non-directly rood about this. She was confused and started to try and take the agenda of the meeting badly.

As #NGI has 10’s of millions of euros at stake in the next funding round, easy to see shifting of the outcome in both cases is simple corruption.

The advantage of living in the digital era is that the whole event can be screen captured and all the behind UX actions are saved to log files to make it possible to name the people who change the open configuration to closed.

With the screen cap, we have a record of the public chat being ignored in the officel minutes etc. its a relatively simple task to compare them and find which voices were removed and which agender were pushed/added to shape where the money flows.

This is basic journalism. I doubt in the end anyone would be prosecuted as most of the people doing this are so arragent they do not realize that they are actually corrupt, but it would damage their carrears thus act as a brake on over all corruption in the #EU

#NGI there should be funding a tech platform/group to work on transparency like this, it’s a good stick to wave. I will do a project out line soon on https://unite.openworlds.info/Open-Media-Network/openwebgovernancebody/wiki/Corruption