We need to do better. In the battle of open vs closed we failed as much as they won. We have power over OUR own failer we only have liberal wish fulfilment over THEIR control.

Key areas I am thinking and acting on:

Worth thinking about this old issue https://en.wikipedia.org/wiki/Fourth_Estate as it illustrates our current problems.

The clergy, the nobility, the commoners and the press

* Yes do worship the #deathcult, so religion is still a social force and the economists are the priests and “sound money” the offering.

* The nobility are the increasing divide between the rich and the poor, they are rooted to capital and fame – rather than land and titals.

We live in oligarchy.

“Democracy arose from the idea that those who are equal in any respect are equal absolutely. All are alike free, therefore they claim that all are free absolutely… The next is when the democrats, on the grounds that they are all equal, claim equal participation in everything.

It is accepted as democratic when public offices are allocated by lot; and as oligarchic when they are filled by election.” 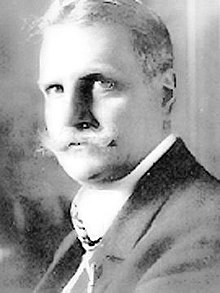 The iron law of oligarchy is a political theory first developed by the German sociologist Robert Michels in his 1911 book, Political Parties. It asserts that rule by an elite, or oligarchy, is inevitable as an “iron law” within any democratic organization as part of the “tactical and technical necessities” of organization. Michels’s theory states that all complex organizations, regardless of how democratic they are when started, eventually develop into oligarchies. Michels observed that since ..

The “liberal fig leaf” we put in front of our opensource foundations will fall off the first time the wind blows.

Yes it is easy to run down this hill, yes you can force this into place, few people will try and stop you.

But before you do this please think – Do we in the #fedivers want to live in oligarchy or are we actually building something different.

We need to think about this https://en.wikipedia.org/wiki/Governance