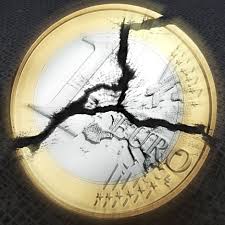 A. The EU institutions have neoliberalism as a concrete foundation. Quite simply this is a DEAD ideology that threatens to kill us all… it will be hard to build a different ideology ecosystem on top of this rotting concrete. BUT its the concrete we have and the weather is changeing. Deep breath, disaster in, bigger disaster out. Any ideas for a path to better foundations for our social lives. Its the time for creative thinking/action, its rearly not helpfull to call for stepping back to an imagined past.

Q. Not really true. Neoliberalism was introduced by Blair and New Labour after expansion into eastern Europe (Poland in particular) made the previous social model – structural funds for Europe’s poorer countries – became unaffordable. Blair started the Old Europe/New Europe nonsense, aided by the Open Society Foundation pushing privatisation in eastern Europe. Then came the debacle of the European Constitution that tried to balance greater federalism (which actually would have made the EU more democratic) with Blair and allies’ demands for neoliberalism. The constitution failed and Blair won – Lisbon was nearly all neoliberalism and minimal democracy.

A. Fair anufe it came out of capitalisam/liberalism and was then captured by neo-liberal concrete in the 1980’s onward.

Q. To be fair, that was the politics of Europe at the time. It’s a union of independent countries – the EU’s primary decision-making body is the council made up of member state governments. The EU can’t have different politics to its member states – to do that it either it has to become more federal or the majority of governments have to change.

A. The whole project was set solid in the 1990’s they poured lot of concrete foundations to build a neoliberal Europe on. Just about everything EU is built on these now rotting foundations. #brixet

Take note am not anti EU and would support revoking #brixet if that was a good outcome. What i do care about is people moveing on with eyes open. The current dominate ideolagy is broken, we need to do something different, as some radical/liberal commentators have said we need new story’s to explain the world in the era of climate chaos and the end of the death cult of neoliberalism.