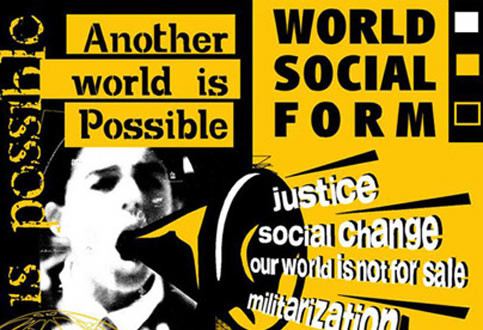 I have found memories of fighting the Power Politics of the “undead left” during the London Social Forum many years ago – lots of knotted strings of organic garlic around the top “taking the power table” to highlight the uncomfortable “undead left´s” grasping for power.

Then the ad hock crew taking away the top table altogether during the lunch break and arranging all the chairs in a circle. Their faces were a delight, coming back after lunch and it kinda/might have worked… but the splits of “not thought of here” took over and the undead were permissioned to take back the space at the next meeting.

The ESF movement faded and now is a shadow – no alt was built.

The use of cultural myths and traditions will mediate and disempower “power politics” but it’s a chicken and an egg to get these embedded in groups that are already ensnared in “power politics”.

The #OMN could fail from the same issue. The myths and traditions are in place PGA and #4opens. But the project does not have deep roots to weather the inrush of success. And on the other hand will likely not last the slow growth needed for the roots to dig deep.