Capturing the grassroots and building a career in NGO land for them selves from activists movements/agenda’s. They are fine as far as they go, every campaign needs some, but they tend to be competent anufe to unbalance movements towards the “soft”. For them to be useful the need to be a healthy alt to keep this from happening.

Individualism the issue of churning projects with falling outcomes is all that exists, some projects are a bit more together than most if they networked the could be a real start of a alt-media.

Its selling out is now obvious. It played the “bad role” of shifting focus away from a real left when needed. Many good will liberals lapped this up till they got a good sound kicking in the teeth during the “alliance years”

Is a real left alternative, but it has hard coded DNA in its libryem rules and regulations to foul this out come. And the left in the party has a core “nasty” left who have a long blood soaked wrecking history. The influx of naive “soft” liberalism will be moulded by the bureaucracy on one hand and dispoled by control freaky on the other, this is not a stable mixture for a good outcome. This could be over come by real soughed community but I cant see one.

Has the same issues internally as the labour party, though the top is more soughted. They have a real loon issue to deal with at the grassroots.

The nationalists of all flavourers

Are looking like the ONLY hope of a differences as they push a open loon issue of a sense of belonging agenst the over-wash of globalisation. Not a good outcome but better than the rightwing war happy, poor kicking loons who are the Torys.

A disaster in and a bigger disaster out… 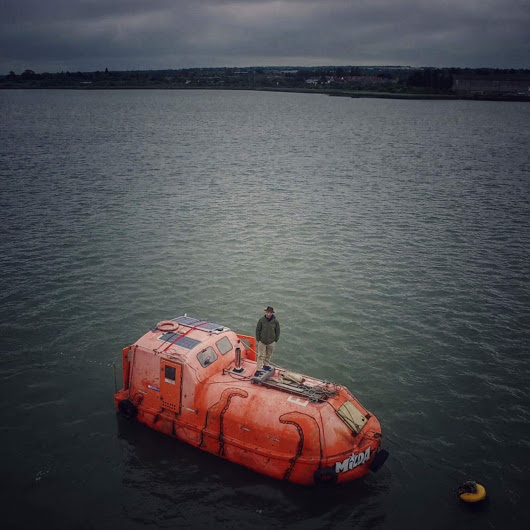 Hamish sailing away on a lifeboat, this is not a metaphor