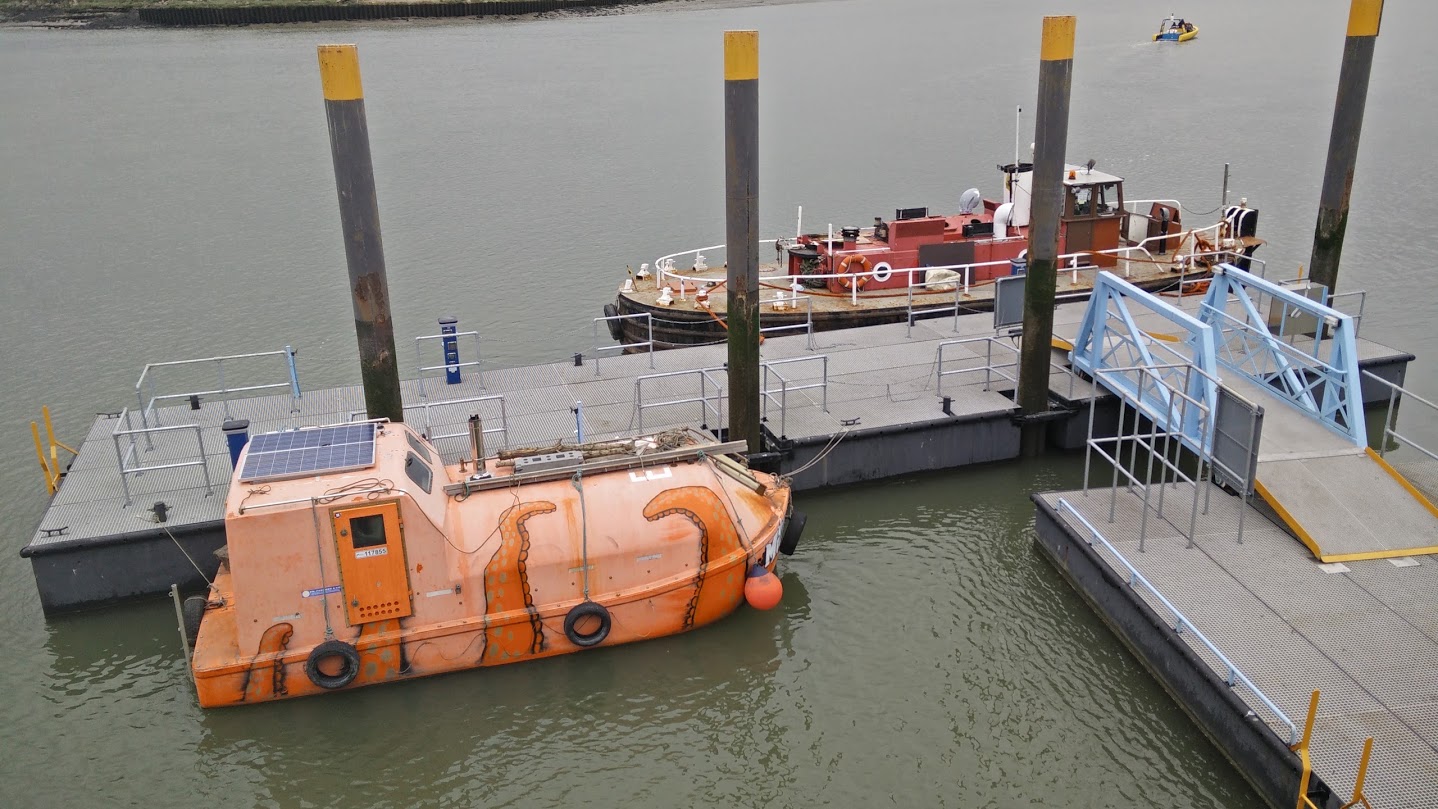 Planing a trip – On Sunday.

low tide at Sheerness 9.36am

– we should leave 30-60 min before low tide to clearer the Medway.

– best to arrive before the tide turns

This gives us 7 hours which should be fine no rush.

We will have to leave between 8-9am earlier better so we ain’t rushing at the other end. So the first hour or two might be in mist or fog (not good) we can navigate fine by GPS and the radar reflector will make us visible to other boats but we are limated to AIS to see them. We can use the GPS to stay at the edge of the shipping lanes.

Talked to the harber master and the local marien police they both think we will be fine if we stick to the edge of the shiping lanes.

We are booked into Bow Lock between 3-4pm

TODO in the morning for the trip

* mount radar reflector on the roof

* check tie down wood on roof

* train crew in roles and equipment

Tools for the trip 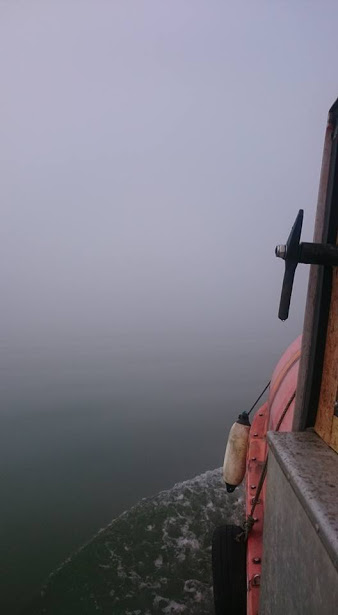 We started the trip on time in heavy fog, navigating by GPS and AIS was fine. though when we got into open water we had a fog related navigation panic and found our self doing loops before we realised this.

As the day went on the fog did not clear, come 12.00 we started to worry, agreed to drop the anchor just before Canvey island and wait for it to clear. Called VTS to tell um we were anchor, they had been watching us on radar good to know the radar reflector was working.

An hour later still no sign of it clearing we had to make a decision to push on or stay anchored. The further we went in land the more chance the was that the fog would clear so in the end we tried to pulled the anchor up, It was stuck, after tiring a few times we shortened and re-tied the anchor rope so that it was near vertical then gently powered over the anchor to free it, this worked with out fouling the prop.

We gave the job of steering to a boater who hadn’t had a go yet so that he could get used to it before the channel narrowed. he lost control I had to take over after circling 5-6 time and it took me 5 minutes to bring the boat back on courses. Its hard to navigate/steer a courses with no visibility, you soon learn to steer by compass Bering.

Called VTS to tell them the situation they were helpful with radar directions, at one point they called us to tell us we were heading starate for a line of groween – that soon loomed out of the mist as we turned away from them.

We headed out more into the centre of the channel using AIS to tell us when a big ship was coming past, we would scoot as far as we could into the side. the biggest one came up behind, was a 33,000 ton bulk carrier, its fog horn BUMING lowed behind us was disconcerting – when it finally went past we were hit by 5-6 2M waves from it’s wake that made the boat jump and everything crash about inside, no harm done.

It was nearing 3.00pm and the turning of the tide, we would have already missed the tide window for Bow Lock that we had booked so called CRT to cancel it. Limehouse lock was closing at 4.30 so it was looking like we could not make that one. If we continued past the tide turning we would be lucky to make 2-3 knots punching the tide so decided to drop anchor agen just past Deapford Creek. On the map the was a anchor point there.

Making sure the were no big boats on the AIS we crossed the channel to find comeing out of the fog a line of yachts anchored up there with 3 empty buoys on the end we missed the first and tied up to the second, that was us for the night.

In the morning the fog still had not cleared so we waited for the tide to turn at 12.00, past 11.00 the fog started to lift, we slipped the line for the buoy and it was easy the rest of the way to Limehouse in light mist.