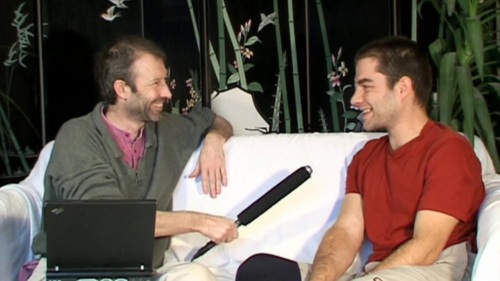 Climate camp is a example of the transition from alternative media to social media. At the beginning of the Climate Change Movement Indymedia was declining. At the first two camps there was a healthy Indymedia centre providing internet, sustainable power and computers

The agenda of traditional media outreach was about the shmoozing of traditional journalists.* Whereas alternative media was bogged down in providing real services in a field which to an extent is always dysfunctional. Like oil and water without a conscious emulsifier to hold them together they separated and throughout the life of climate camp the two never really came together. This happened to a certain extent because radical activists, and I use the word “radical” with “” marks, were prejudiced against people who do what is perceived as soft works such as media production. This is part of activist lifestyle. The spikey/floppy debate.

The growth of social media impacted grassroots alternative media in catastrophic ways. The software NGO careerists**** championed social media and for the naive alternative media people this was the panacea, the future, the one way to gain a voice. Interestingly the traditional media outreach initially saw social media as a threat but they soon with reluctance embraced it. The few remaining radical alt media people struggled to work wih declining relevance, their tools ageing and disintegrating. With the problems of geek culture they had no way to compete with traditional media or the new social media.

As I highlighted my other article the problem of geek culture damaged radical alternative media. The failure of traditional media outreach to complement activist media led to radical activist media being sidelined. The growth of individualistic blogging while temporarily bolstering individual voices inevitably led to a decline of of our cultural voice. The final blow the wholesale embracing of social media pushed by the NGO careerists.*****

In all these failures we have come full circle to where we started with a dominant hegemonic gatekeeper media world. If we are to rebuild an open media we have to learn from these mistakes and make sure that we do not continue to repeat them.

* Work out how to overcome the limitations of geek culture for activist media. Open is the solution here.

* The politics of media. We need to make sure that there is emulsifier in place between radical grassroots media and traditional media outreach. To achieve this the social movements need to rein in and refocus the traditional media message. Media production IS “spikey” and core to activism.

* Radical grassroots media is always incompatible with NGO careerists.****** We need to build in strong enough foundations so that our architecture cannot be subverted by these privileged people. This is for their good and our good.

Conclusion, the most difficult part of successful radical grassroots media is social, cultural and political. In this it’s essential that it is not technologically led. Actually technology is the easiest part of radical media. The tools and standards that we need always already exist. What is missing is the willingness and the common-sense to use what we have.