The documentary features interviews with the women who started Greenham, and with politicians, critics and other participants in the camp. Educative and inspirational, it examines the rationale behind, and the power of the movement, together with the creation of the sculpture as a tribute and a reminder. She came from the Welsh valleys in response to the threat of war and annihilation. Unarmed, unnamed, carrying a child, she stands as a monument to the triumph of peace. 'Greenham, the Making of a Monument' tells the story behind this sculpture. In 1981, 36 women, 4 babies and 6 men set out from Cardiff to march to RAF Greenham Common in protest against the arrival of American Cruise missiles and the horror of nuclear war. It was the seed which would blossom into a permanent camp, mass actions and front page headlines: at one point 30,000 women joined hands to 'embrace the base'. It became a focus for international activism and controversy. And, through it all, the women stayed and sang. Made by http://hamishcampbell.com
http://visionon.tv 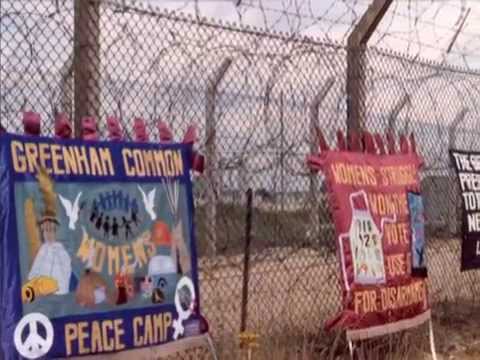