This is a message from my mum who was an original Greenham women – she is wrighting in reaction to what she is hearing going on at Balcombe Community Protection Camp. 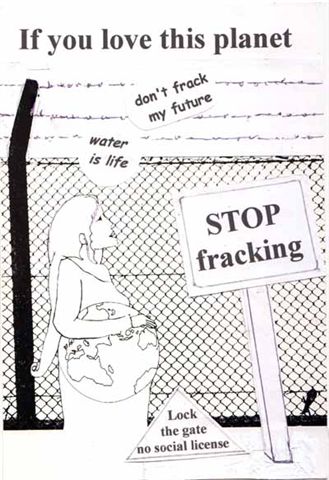 “I was on the original women lead march from Cardiff to Greenham Common. 36 women and six men marched from Cardiff to USAF Greenham Common in September 1981 to protest at the arrival of first strike, Ground Launched nuclear cruise Missiles. There was no plan to stay but when our request for a debate on TV was ignored we decided to stay living in the open in all weathers for almost 20 years. it was a new way of life aa amazing experience but with with many difficulties. wonderful world wide support. but personalities, money, infiltration evictions all had to be resolved.

Anarchy – Greenham was amazing despite difficulties , When the camp was set up who ever got to the postman first opened the letters and took the money. One women used it to pay her mortgage. We opened a women’s peace camp coop bank account with two signatures who allocated the money each day. With discussion, so everyone knew where the money was spent, otherwise everyone considered their need was greatest. The camp belongs to everyone…..never forget our experiences with the security service infiltrators..new recruits with MI5 and MI6 in practice missions.

Whilst Greenham Women were facing eviction in the 1980s Mrs Thatcher changed the law, Eviction notices did not have to be given to the person but could be fixed to the premises. At greenham this meant nailed to a tree like in the wildwest USA . We found out who owned of the land around the base. Some belonged to the local council, some to the ministry of transport, other land to the military and some was common land. When women were evicted They only had to move a few yards to land owned by another authority and the eviction process had to start all over again. often there were vague descriptions of women not even a name. when the polce carefully described what we were wearing we all the swopped clothes .The first evictions were in Newbury district court. and later in the high court. we just ignored our evictions.Many of us had a high court order banning us from as many as five counties which we ignored. There were so many of us from all over the UK and all parts of the world we could ignore the courts decisions some women did go to prison. WE WENT INTO THE COURTS IN SHORTS AND VESTS WITH BABIES WHO WERE BREAST FED AND HAD NAPPIES CHANGED IN THE COURT.. VERY DISTURBING FOR THE MALE LEGAL PROFESSION; jUDGES WIFES AT THE BACK OF THE COURT WERE ADVING THE WOMEN. The judge Jupp retreated so fast after evicting us…”

If you would like a pack of post cards from Greenham (and some contempery ant-fracking ones) ask Thalia for her address and sender her a donation (: