While summer lasts we aspire to camp electrics being completely powered by solar power. Currently the kitchen, massage/meeting tent and the media/tech tent are working. We have LED lighting and can power 3 laptops and charge around 30-40 phones each day. Other structures have LED lighting running from fixed battery’s. 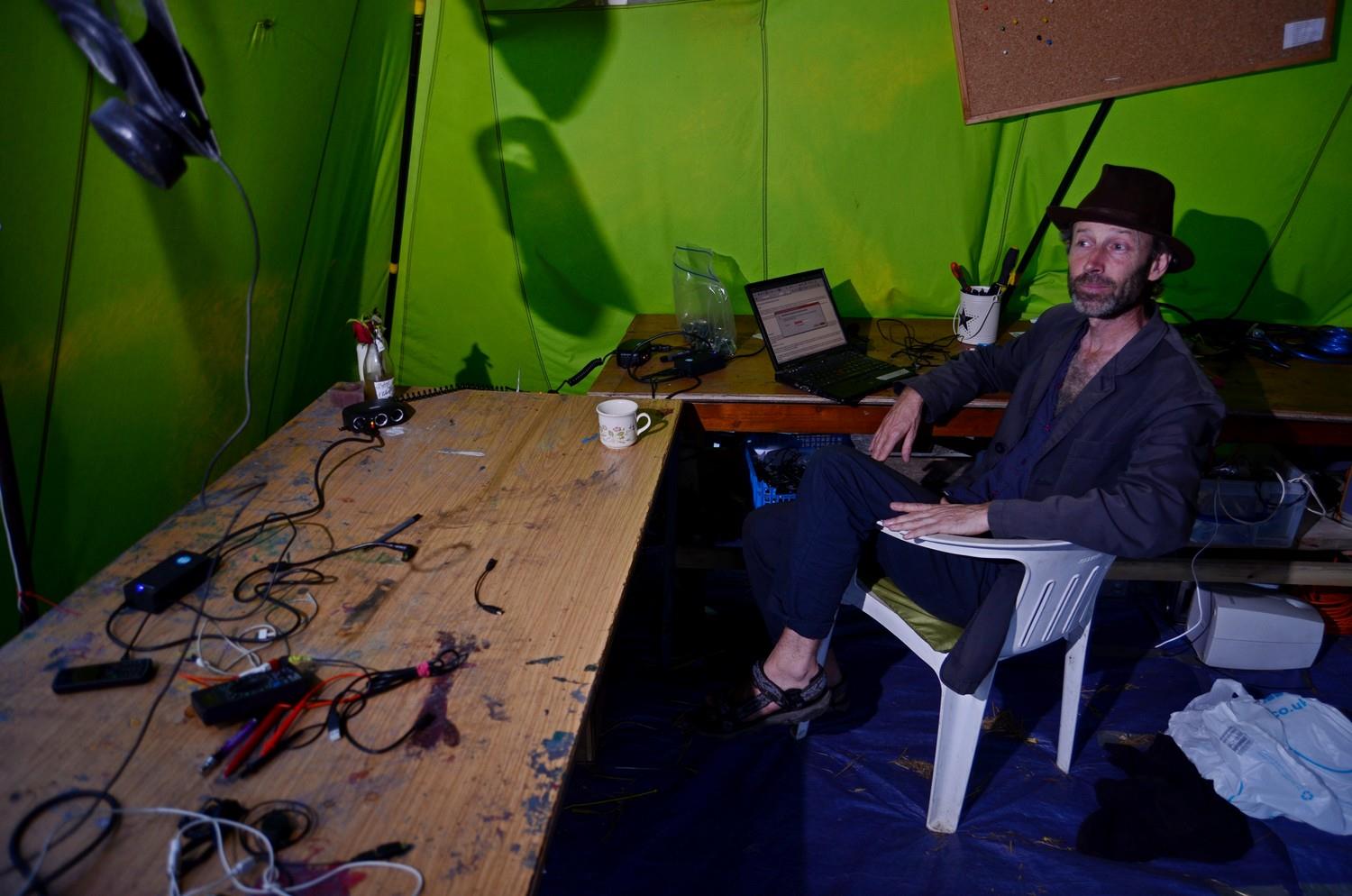 Today’s observation is the tech tent has become quite boring last few days – the issue is that it simply works, the are no blown fuses, sparking wires or smocking components. The is just working laptops, phone charging and mostly working internet. This is a good thing of course, but I still have to spend my time in the space to stop people dismantling this working set-up. Here are some example bad energy’s that make this necessary:

* I would do this better, rip appart and plug to gather in a way which is likely not better and then leave everything broken and burned out

* Pilfering, I wont this component, its an open space, I will take it, lots of adapters and cables go missing every week.

* External saboteurs, its well documented now that most successful radical campaigns have had paid corporate spy’s, agent provocaturs and undercover police/police informers and that these roles often ambiguously overlap.

* Internal Sabotage, I hate you because you told me in public not to do something I wonted to do so, I will make something you are doing fail. Some people think these overlap with the external saboteurs…

This last one is more prevalent than you would imagine and I don’t think many people doing it actually understand that they are.

Back to a positive note, we have a working tech tent, YEHA!!! and a good crew (would like to name them here but have to ask first), Sean Peatfield