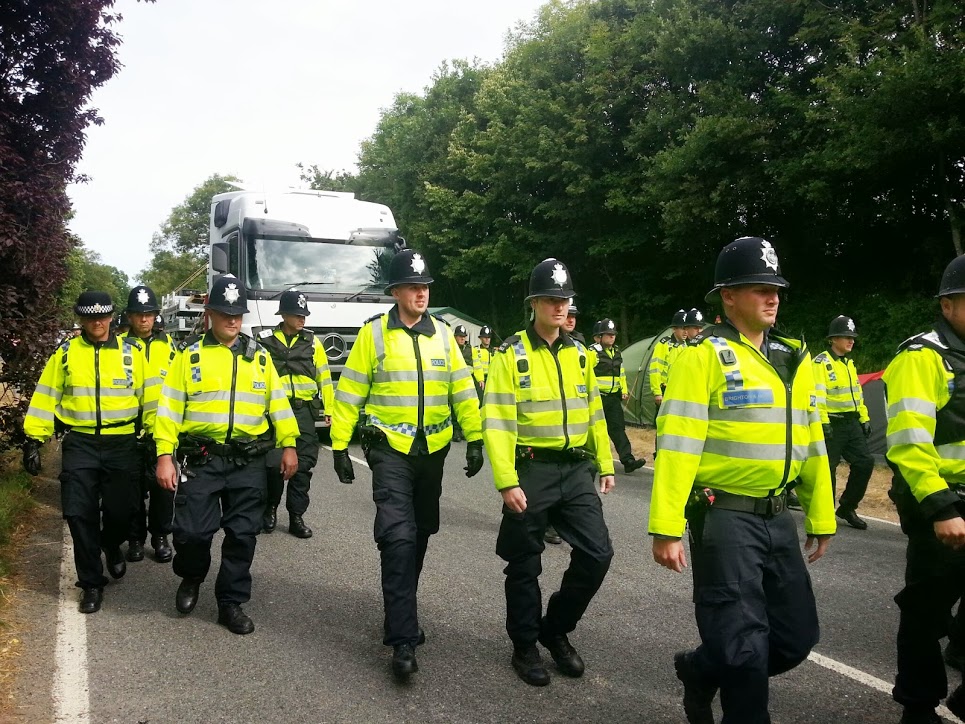 Its been an interesting and educational experience working in the tech tent at the anti-fracking protest camp. 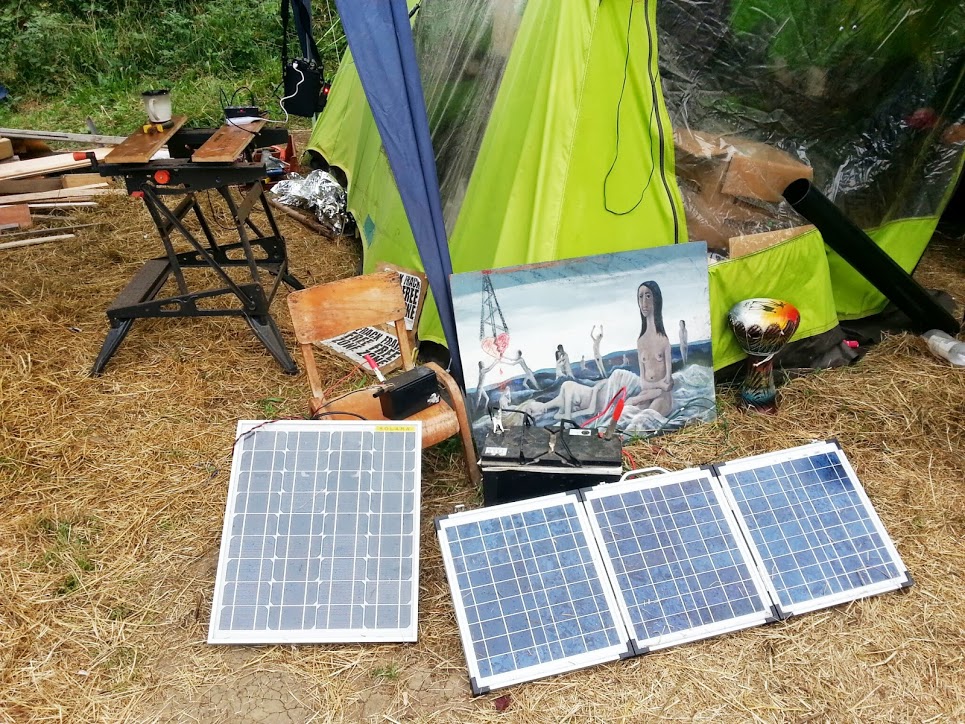 When I arived, in the first 3 days none of the solar panles were pluged into the batterys, they were just on dispaly.

I set out to build a working system from the bits there, I managed to beg and borrow the pieces I needed to put together and had a working 12v solar phone charging station by the evening ready to run the next day.

The problem was in the night a drunk person came and ripped it apparent and took away core parts of this. I then spend a very frustrating morning recovering the bits, but it dosent work as the battery had been some how destroyed in the night. This was the end of getting anything working for a few days, the core problem of tech space was obviously social rather than technical. 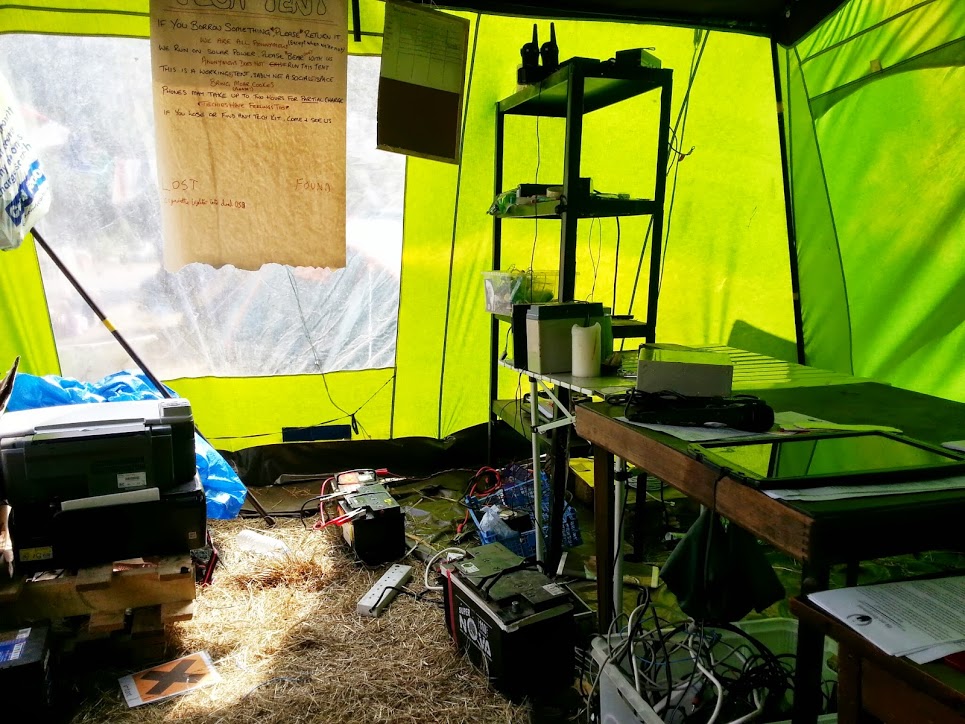 Soughting through the donated equipment, most of it was broken soon after it arrived due to “enthusiastic” use in late night party’s and events, misswiring blown fuses and then bodged fixes. 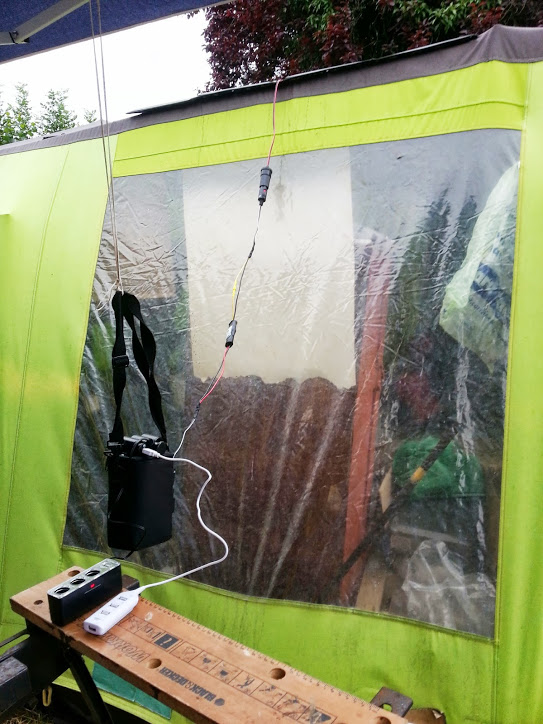 Almost all the equipment in the camp tech tent was broken, so to start things off whent home for a few days and then came back bringing my own solar panels and equipment. Here it is on the roof of the tent ready to charge phones. 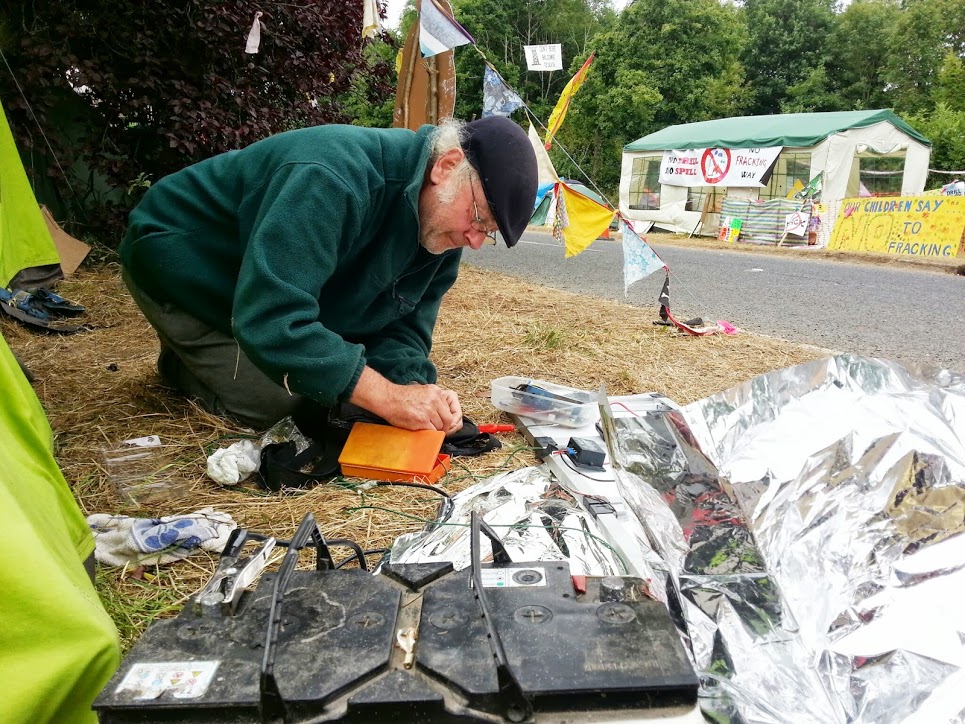 Day 2 of “new tech tent order” we charged 20 phones, setup and powered a live radio station and made 2 short video reports. Here we are repairing one of the broken solar panels. 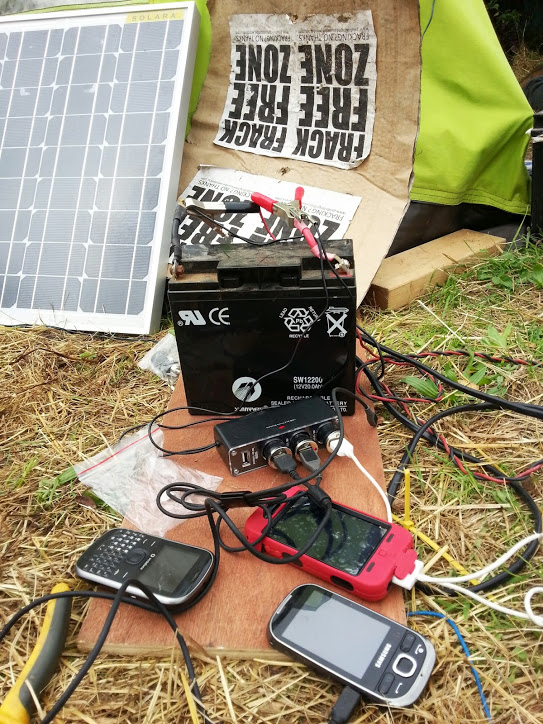 We had a priority of charging the legal observers and core camp phones.

What I learned form this is that tech spaces at camps are chaos and one way to tame this “destructive madness” is to bring in sorted equipment and set-up a working part of the space – this then gives you influence to settle the madness in the rest of the space. If you cant make something work and keep it working you are just one mad voice in the many. And if you dont have your own equipment you can’t keep it working as some one else with equal “voice” and “need’ will pull it apart when you go to sleep or for a cup of tea.

We have a social problem to solve as part of the tecnical building of protest camp tech.