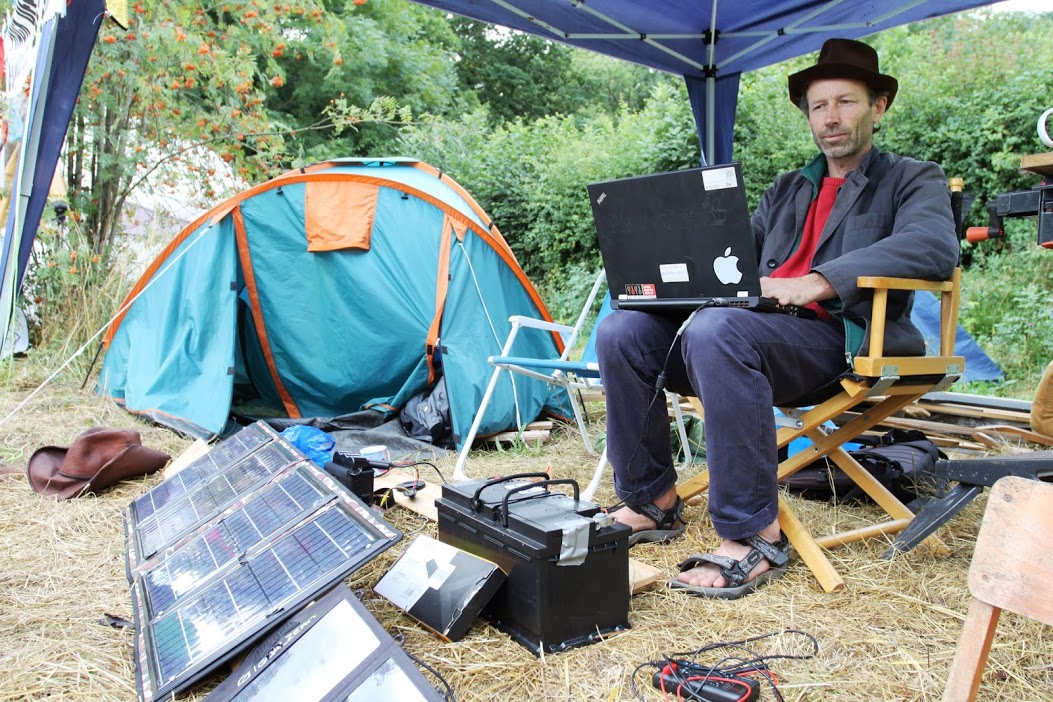 My experience at the camp was over all positive, and came away feeling that fracking is a completely winnable campaign.

I went to the camp to spend a week making media about the people, issues and organising of the #fracking protest camp. In stead of this media/video making, which am very good at I spent 10 days living on the camp trying to sought out many core issues.

I will start with the tech tent, when i arrived the camp had no working solar power and all battery were charged (by grid electricity – fossil fuel) offside and driven in by car each day. No care was taken for the effective life of the battery’s so they were disintegrating rapidly by being excessively discharged each day. With 12v battery’s it is much more efficient (and safer) to run the camp on native 12v then use fragile/inefficient and potently dangerous 240v inverters as was happening.

The tech space was being ripped apart and trashed (by persons unknown) every night, leading to the problem that nothing permanent could be built or sustained, this lead to all the competent people leaving this core space. Each day new equipment would arrive and by the next day it would be broken, the solution was to then order more new equipment, the tech spending was spiralling out of control.

When equipment was ordered it was always the wrong type because of the politics/opacity of shopping – this was very damaging as it lead to more equipment failer and the strong possibility of electrical fire. This repeating power politics and unspoken agenda’s was the root of many issues.

I spent much of my 10 days on this problem, and by the end of the time we were charging all legal/camp/media/visiter phones on 12v solar power and had finally ordered the equipment to run the wider camp on solar power.

This was on order when I left:

This experiment system saves around 50 in cost but is a HUGE problem as its heavey and frigile if it is mixed up with our 12v set-up as this will lead to equipment failer and possibly fires.

The camp is in a permanent state of chaos with out some one in the space to mediate this chaos, and at time the will not be, then this experimental system has to be (at a minimum) installed/looked after in a physically separate space to the core stable power set-up.

Is saveing a small amount of money worth adding to this chaos?

Because of camp politics this essential equipment was not ordered.