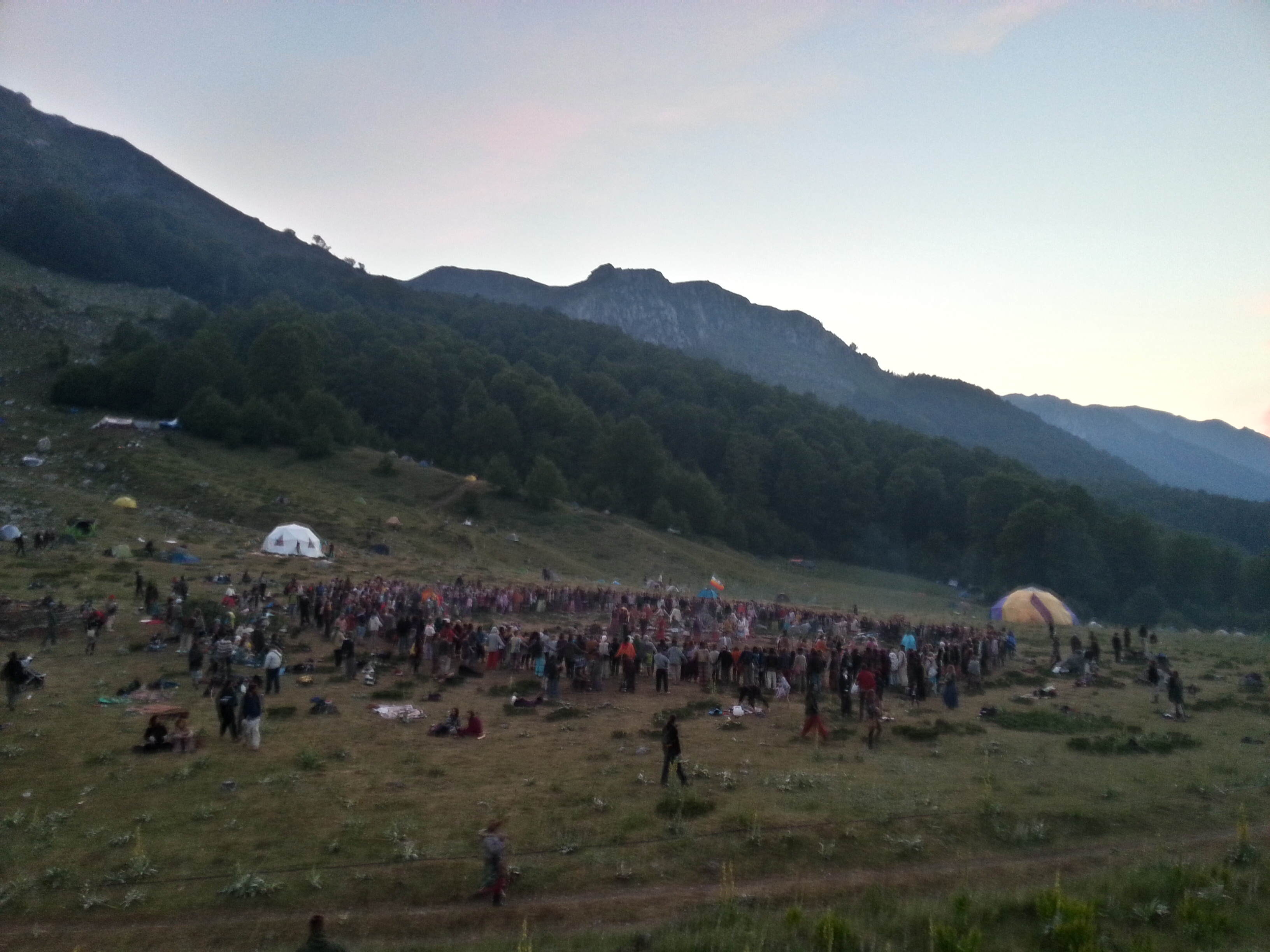 40 years of one of the most active and largest non-organisation’s in the world. A modern working example of traditional nomadic life an sustainable example the world can be different.

Its important NOT to get caught up in talk about the big picture of what a Rainbow Gathering is, as its a Rainbow of many colouers, a gathering of the tribes, each brings its own myths, traditions and sadly sometimes “rules”. The man (and it uselessly is a man) dressed in “sacred robes” proclaiming this or that is rainbow, should be acknowledged by a sigh, it’s human to smile and walk away to get a cup of tea, taking the person next to you as well. That’s the rainbow way they have facilitated a rainbow connection 😉

Rainbow is a traditional society.

This is an important statement, because a rainbow gathering only happens if we come together motivated by the myths of Rainbow and enact the traditions of Rainbow. Its a misguide not to do this otherwise its just another festival, not a Rainbow Gathering.

It is “Babylon” energy to ask “how can we do this better”, instead you should ask “how dose the Rainbow do this”. The is a Rainbow humility here, a touching the earth. The gatherings have good working traditions that cover almost every thing that happens at a Gathering. And they are traditions built and tested though time and experience – they are what makes a Rainbow Gathering.

New “ideas/newways” destroy traditional society’s all around the world. In traditional society good change is slow and organic. This new/improved rainbow “Babylon” energy is surging through the European gatherings the last few years. Its is probably a USA issue as well.

An example of this

At the European gathering in Greece (2013) The gathering was “organised” by a group in darkness, it become the empty home of invisible individuals that make things happen. Were the Rainbow way is in the light of visible circles, transparency and foculisers not organisers.

The gathering happened but for some it had a emptiness, an example of the outcome of this was the poisoning of the water supply for the local village by the kitchen builders – many people could see what was happening but darkness surrounding manifesting the kitchen meant nobody could stop this from happening.

The solution to solve this is not by “improvements” but by remembering/honourer the Rainbow spirit manifested in its myths (care for nature and peoples) and its tradition, don’t build gray water pits/compasing near water supply’s.

How to solve this “new/improved/organising – Babylon” energy is to call a circle for kitchen, magic hat, water etc. the “invisible/shadow” individuals will likely not come into this light. This circle will generate ideas, connections and trust. The shadow/invisible individuals will likely come directly to you (the one who called the circle) as an individual (in the shadow’s) – give them feedback and invite them to the next circle. When they come then their role can THEN be passed into the light. The power of circles is lost if not used so a hart song circle on water, wood kitchen etc. Might help to nurture this circle power before trying to fix the shadow workers. And as the gathering is just a big circle the spread of light will brining a grater shine to the whole rainbow.

The myth of care and the tradition of circles and openness sole most problems, have a shiny Rainbow and see you in the kitchen.